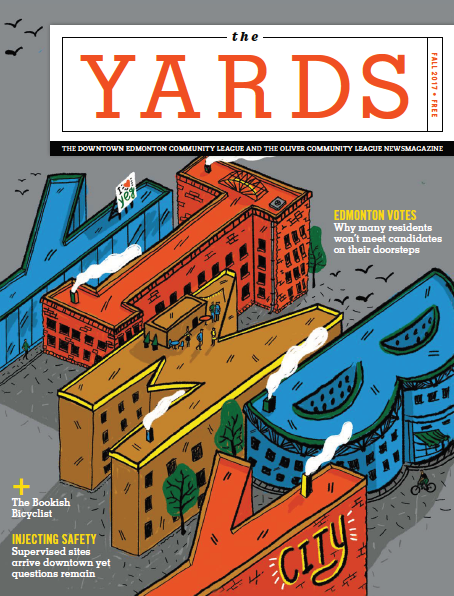 This article was featured in the fall 2017 publication of The Yards Magazine.

As Oliver Community League (OCL) votes to demolish its hall, we look back at the building’s history.

On July 5, 2017, the OCL voted to demolish its community hall, after building assessments revealed the walls are rotting. But though it’s on the way out, the hall has a long history all its own.

SHIRLEY LOWE, a former Edmonton historian laureate, says the current OCL hall was built sometime after the original Edmonton Malt & Brewing Co. was erected on 121 Street, in the early 1910s. The building was later sold to Sick’s Edmonton Brewery, in 1927, and then to Molson, in 1958. Molson then donated the building — which it was using as a lawn-bowling clubhouse — to the OCL in 1961, when it built the fur-trade themed Molson House beside the main brewery.

BLAINE KOVACIK, director of the hall redevelopment committee, says the OCL will put up a new building at the same location as the current one. “We are excited to build a new hall which will serve Oliver residents above and beyond the capabilities of the former hall,” he says.

The new hall will take between three to seven years to build, Kovacik says. Engaging the community throughout the design process is extremely important, he adds.
Grace Lutheran Church, at 9907 114 Street, has offered the OCL space until it can find
a more suitable rental space. Until then, the OCL is determined to continue providing Oliver residents with events to connect community members, Kovacik says.